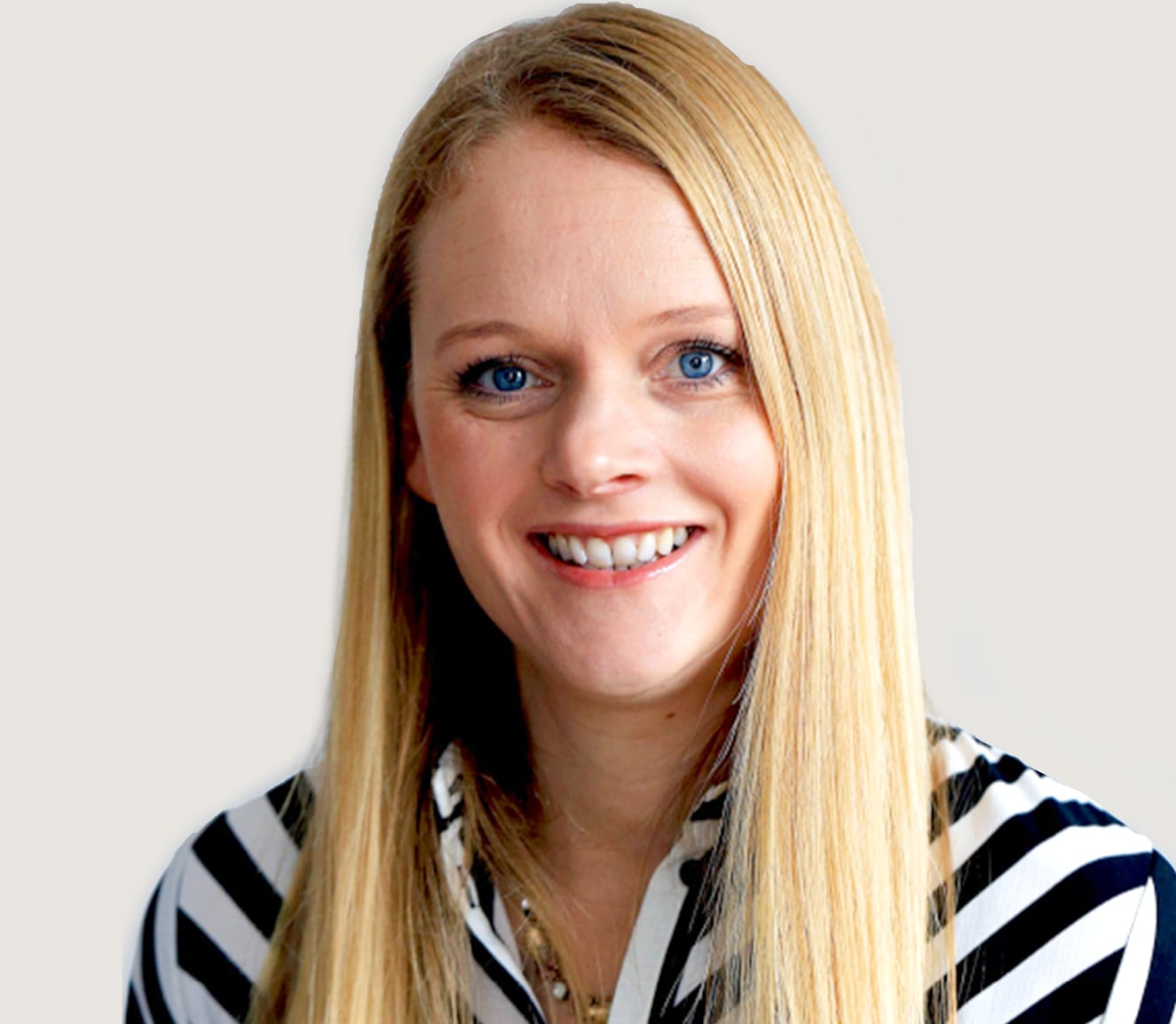 Women are increasingly exploring natural ways to ensure good health and wellbeing. Woman have unique needs and can often feel embarrassed to discuss them or, more worryingly, may feel that their needs are not taken seriously by the medical community. Below we discuss the common health issues that can affect women.

Vaginal thrush is a fungal infection caused by yeast (Candida albicans). This usually lives harmlessly in, or around, your vagina, alongside healthy bacteria. But if it over populates the vaginal flora this causes thrush. Symptoms of thrush include itching and soreness around the entrance of the vagina and vaginal discharge – this is usually odourless and may be thick and white or thin and watery.

The major factors contributing to an increase in the prevalence of Candida albicans include the use of steroid medication, the contraceptive pill, antibiotics and lifestyle factors such as a diet high in sugar, stressful living, and environmental pollutants.

Dietary recommendations are often suggested, such as reducing sugar and alcohol. Fibre also encourages regular bowel movements, which are important for eliminating the Candida. Ground flax seeds are particularly helpful to include daily.

Certain nutrients have been traditionally used to support the body in eliminating candida such as grapefruit seed extract, garlic and olive leaf. Live bacteria support is also recommended as this helps to produce an ideal environment for other friendly strains of bacteria to successfully colonise and flourish to support and maintain gut health.

Cystitis is the name given to a common condition where there is inflammation of the bladder, but also can be classified under the generic term ‘urinary tract infection’. Cystitis produces symptoms such as pain and a burning sensation on passing urine, a frequent need to urinate, cloudy or dark urine and lower abdominal pain. The cause of cystitis is usually attributed to the presence of a bacterium and any weakness within the immune system is likely to be a major contributory factor.

Ensuring adequate fluid intake is vital. Cranberry juice is often recommended as cranberries are a natural source of plant chemicals and are rich in antioxidants, helping to support the immune system and prevent infection. Watch out for the high sugar content of some juices. Concentrated cranberry juice or capsules can provide a good alternative.

The balance of bacteria within the gut and vagina often dictates whether or not pathogenic bacteria are allowed to multiply and cause infection. Use of antibiotics for infection kills off friendly bacteria, leaving the body open to recurrent infections. Therefore, replenishing the vagina and gut with friendly bacteria is recommended during and after infection.

Pre-menstrual syndrome (PMS), also called pre-menstrual tension (PMT), is by far the single most common complaint of premenopausal women. PMS is characterised by a collection of symptoms that occur up to two weeks before the menstrual period and cease with or shortly after the arrival of a period. These symptoms are wide ranging from mood swings, breast tenderness, food cravings, acne, anxiety, fatigue and many more. Hormonal disturbances are often cited as the major cause of PMS with the use of artificial hormone treatment often offered. What is often forgotten or misunderstood is that nutritional deficiencies, poor liver function, stress and even disturbed gut microflora can contribute to PMS symptoms.

Dietary recommendations for PMS include balancing blood sugar levels (see below.) Avoiding processed foods and limiting caffeine may help. Increase the fibre content of your diet by including fruit, vegetables, lentils, beans and whole grains. Apart from the general health benefits gained from a diet high in fibre, fibre also has the ability to bind spent oestrogen and encourage its removal from the body.

Common nutritional deficiencies, include magnesium. Low levels of magnesium can result in low energy and fatigue and muscle cramps. Food sources of magnesium include nuts and seeds, spinach, black beans and avocados. Extra B vitamins may also be helpful. B6, in particular, as it contributes to the regulation of hormone activity. Vitamin, B6 is found in dairy, fish, eggs, spinach, green peas, chickpeas and bananas.

GLA found in oils such as primrose and in higher concentration in starflower oil has been traditionally recommended. GLA is a fatty acid which converts to useful hormone-like substances called prostaglandins in the body.

Polycystic ovaries are a condition, which refers to multiple cysts on the ovaries. The cause is not yet completely clear, affecting 5-10% of pre-menopausal women, particularly in their twenties. Symptoms include pain, heavy bleeding, acne increased facial hair, weight gain and oily skin. There is a link between PCOS and insulin resistance. Insulin is a hormone that helps control the amount of sugar in the blood. A diet to stabilise blood sugar levels is recommended (see below) alongside weight loss (If needed). PCOS symptoms are generally worse for overweight ladies.

Clinical studies also reveal polycystic ovaries to be characterised by disturbed levels of hormones. See below.

Hormonal imbalances can occur for woman throughout the menstruation years from puberty until menopause and beyond.  There are many factors that can cause hormones to fluctuate. Being overweight, stress, low fibre, not getting enough exercise, other health conditions such as thyroid conditions, diabetes and adrenal dysfunction can all throw your hormones off balance.

Heavy and irregular periods, which can be a problem for many women as they approach the menopause, are generally caused by relative oestrogen dominance, in which the excess oestrogen stimulates the uterine lining to keep growing and growing. Other reasons for heavy bleeding can include the presence of fibroids, endometriosis and weight gain all of which are associated with excess oestrogen so it is always advised to have a check with your doctor.

Iron deficiency anaemia can often occur in those suffering from heavy menstrual blood loss leading to symptoms such as fatigue and pale skin. A blood test will help to identify such a deficiency. If low, try an absorbable iron supplement. In some women correcting a low iron level may help to decrease menstrual flow.

Normally, the tissue that lines a woman's uterus, known as the endometrium, is found only in the uterus. However, in a woman suffering from endometriosis, microscopic bits of this tissue migrate outside the uterus, become implanted on other organs and tissues, and grow there. These lesions, or areas of abnormal tissue, usually develop within the abdominal cavity—often involving other portions of the reproductive system, such as the ovaries or the muscular wall of the uterus—but in rare cases they can affect other organs, such as the lungs, this tissue still bleeds monthly resulting in the blood being trapped. Symptoms include sharp abdominal pains before, during, or just after menstrual periods, sharp abdominal pain during intercourse and menstrual periods that are abnormally heavy.

Although a natural stage of life menopause can cause a number of unwelcome symptoms. Please see separate found blog here: A magical menopause? | Higher Nature

Drinking alcohol increases oestrogen in the body which effects conditions such as PCOS, and endometriosis. There is also an association between woman who have high alcohol intake and breast cancer.

When we eat refined sugars or carbohydrate (such as chocolate, white bread, white rice and biscuits) glucose from these foods gets absorbed into the blood at a very high rate. Our pancreas has to work very hard to produce lots of the hormone insulin to rapidly remove the glucose from the bloodstream. However often too much insulin is released causing a sudden drop in blood sugar levels (BSL).

These highs and lows of BSL over time lead to a condition known as insulin resistance (IR). IR is when your cells stop responding to the insulin signals and stop taking insulin out of the blood. The pancreas responds by pumping out more and more glucose IR increases the risk of health conditions and has an impact on female hormones such as oestrogen.